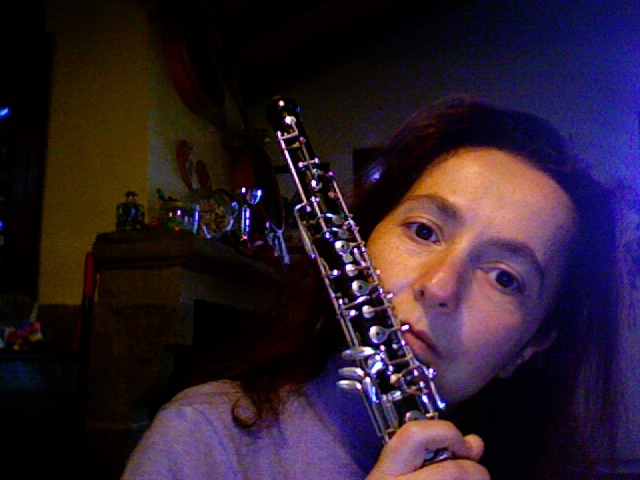 The course is open to amateurs or professionals who wish to approach the baroque and classical repertory with the period instrument or with the modern one. The program will focus on performing and interpretative aspects and on reed building tecniques. Particular attention will be given to the study of respiration with specially aimed QiGong exercises. Individual and collective classes will aim to the study of the soloistic and chamber repertory of the period, both sacred and profane, possibly in conjunction with singing, dance or theatre classes. It’s possible to agree with the teacher on a special repertory proposed by the student. A limited number of study instruments, kindly supplied by the maker Alberto Ponchio (website www.anciuti.com), will be available for the class; students are therefore advised, if possible, to bring their own instrument.

Angela Paletta,  after obtaining her diploma in Oboe at the  “A. Boito” Conservatory in Parma, has followed perfecting courses with I. Goritzki, P. Pollastri, P.W. Feit, P. Grazzi and A. Mion. She collaborates, playing both oboe and cor anglais, with several orchestras, among which Orchestra del Teatro Comunale di Bologna, Orchestra Sinfonica “G. Verdi” in Milan, Orchestra “Mozart” in Milan (where she also been in charge of the orchestra), Orchestra Filarmonica di Verona, Orchestra del Festival “T. Varga” at Sion (Switzerland), Orchestra Filarmonica di Torino, led by distinguished conductors and soloists such as H. Schiff, T. Varga, J. Horowitz, G. Cassone, Y. Kless. M. Rogliano, V. Sardelli. She took part in many chamber concerts with Trama Ensemble and with several ensembles in Italy and abroad. Since 2001 she collaborates as cor anglais and principal oboe with Orchestra Sinfonica di Adria and with Silver Symphony in Padova; since 2006 with Orchestra “G. Verdi” di Parma and Orchestra da Camera “F. Gonzaga” in Mantova. With the latter in May 2010 she has recorded the Concerto per oboe e archi by A. Marcello. She is also often active in the field of performance with period instruments, collaborating regularly with several early music groups among which Accademia di Musica Antica di Bazzano, Orchestra Barocca di Berna and with the “Il Teatro della Memoria” early music and dance company. She teaches Oboe at Scuola di Musica “Rinaldi” in Reggiolo and at Associazione Musicale ”Santa Cecilia” in Reggio Emilia.