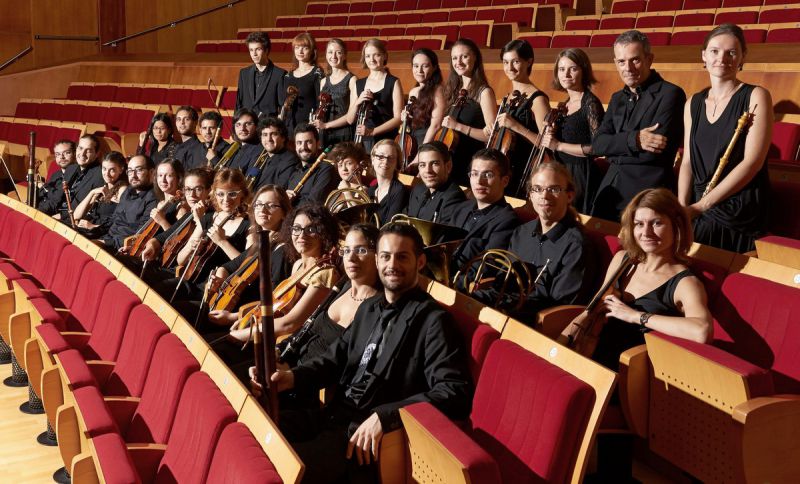 Theresia Youth Orchestra, presently running its three-year concert series The Golden Age of Symphony, has announced a selection process in order to assign sixteen bursaries towards the attendance of educational paths lasting one or two years. The grants – offered to citizens of European Union member or European Economic Area member countries born on or after 1st January 1990 – are so subdivided:

After a first selection phase based on CV’s and video, a limited number of candidates will be invited to the auditions that will take place in Lodi (Northern Italy) on 20-21 January 2018 for strings and 3-4 February for winds and timpani. The program shall be performed on classical instruments (for winds and timpani) and with a classical bow for strings, at pitch A=430Hz.

Selected candidates will attend chamber music academies and orchestral residencies, under the guide of the teachers Claudio Astronio, Alfredo Bernardini e Chiara Bianchini, at several locations in Italy, France and Austria. The expenses for the accommodation of grantees during the artistic residencies, as well as the travelling and meal costs during concert tours, will be covered by Fondazione iCons.  On the other hand, the expenses of board and travelling to the destination specified in the Schedule will be entirely borne by the grantees.

The deadline for sending applications, to be made according to the directions contained in the  official regulations, is on 2 January 2018.