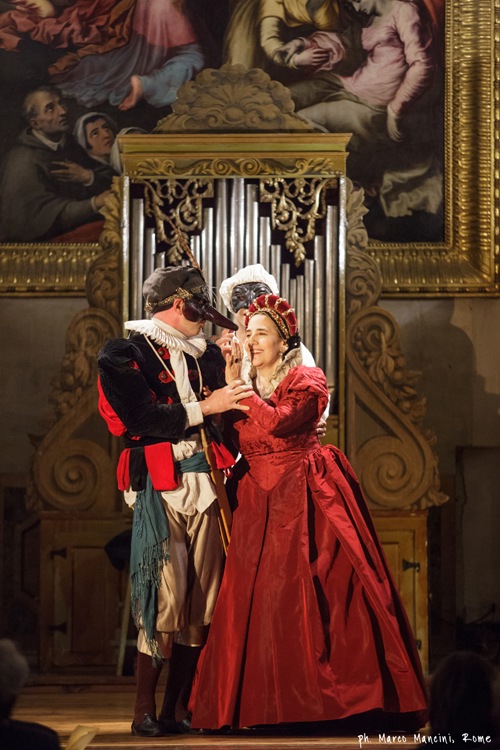 The practical-theoretical course is open to students of any level and is coordinated with the activities of the instrumental music and ensemble music courses aiming to the realization of the students’ concert where dance will be accompanied by live music. The classes will feature the study of the basic steps and choreographical reconstructions from the treatises by Fabrizio Caroso, Cesare Negri and Thoinot Arbeau.

Claudia Celi, after graduating in History of Theatre and Spectacle at Università di Roma – La Sapienza, specialized in early dance performance with internationally known teachers such as Barbara Sparti, Francine Lancelot, Shirley Wynne, Angene Feves and Cecilia Gracio Moura. Since 1982 she has taught History of Dance at the Accademia Nazionale di Danza in Rome; from 1991 to 1995 she was also deputy director of this institution. Currently she also teaches for the specialized degree in Spettacolo, moda e arti digitali at the Università di Roma – La Sapienza and has taught Dance History at the ballet school of the Teatro dell’Opera di Roma. In 2001 she was appointed by the Italian Education, University and Research Ministry as a member of the Working Group for Dance Education with the purpose of drafting the new charters of Italian Academies and Conservatories. She has presented communications at international conferences and has collaborated with research centers and universities. She contributed articles to specialized journals, such as Chorégraphie, Cairon (also as a member of the editorial board), La Danza Italiana and La Nuova Rivista Musicale Italiana. Among her publications are the chapters on italian XIX century ballet for Musica in Scena – Storia dello spettacolo musicale published by UTET and several entries for the International Encycolpedia of Dance, the Dictionnaire Larousse de la Danse and the Dizionario Biografico degli Italiani. Alongside the academic activity she has continued her performing activity in the field of historical dance, that she began in 1977 with the Gruppo di Danza Rinascimentale di Roma directed by Barbara Sparti; with this group, that in 1981 was awarded the “Jia Ruskaja” prize for dance didactics and culture, she has performed in many European festivals. Within her continued activity of popularization of historical dance she attended congresses in Italy and abroad, has been a member of competition panels, has taught courses and seminars for theatres, universities, conservatories and research centers such as Fondazione Teatro Massimo di Palermo (Officina-Laboratorio delle Arti e dei Mestieri del Palcoscenico), Scuola Internazionale dell’Attore Comico (Reggio Emilia), A.N.I.D. (Associazione Nazionale Insegnanti di Danza), Conservatorio A. Casella (L’Aquila), Centro Sperimentale di Cinematografia (Roma) and has been in charge of didactic events and performance of historical dancing for the Scuola di Ballo del Teatro dell’Opera di Roma and for the Accademia Nazionale di Danza. At this latter institution she regularly teaches – from the academic year 2005/06 onwards – classes in Historical Dances.