The 2020 edition of the Early Music & Dance Workshop will be held in Rome from July 25 to August 2, and will be organized in accordance with COVID-19 safety protocols. Info available at this link 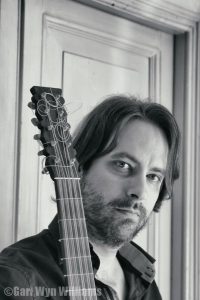 The course is open to beginners as well as advanced students and will focus on technical and interpretative aspects of Renaissance Lute, Theorbo and Baroque Guitar repertory. Besides the individual lessons focusing on the solo repertory, ample scope will be given to ensemble music, both vocal and instrumental, with a follow-up on the realization of Basso continuo and of accompaniment to dance. Students of classical guitar wishing to approach the early music repertory on their instrument will also be admitted.

Course location: Rome (Italy). Info about registration and costs, with online contact form, is available at this link.

Since he was a child, he manifested his musical inclinations approaching the study of classical guitar. Passionate about the ancient repertoire he decided, at the age of 13, to devote herself to the lute, studying with M. Pesci and A. Damiani, finishing his studies brilliantly at the Conservatory of music “S. Cecilia “in Rome in 2009. In 2012 he finished the lute Master specializing in baroque and theoretical guitar with R. Lislevand in the Musik Hochschule in Trossingen.

In 2010 he won the audition and joined the Baroque Orchestra of the European Union (EUBO), playing in many European countries as Luxembourg, France, Portugal, Germany, Poland and Belgium. In the same year he won the jury prize with the “La Malaspina” ensemble in the “Biagio Marini” ancient music competition in Neuburg an der Donau (Germany).

Already very young, he had the fortune and the honor of being able to play in many of the most famous concert halls in Europe: Konzerthaus in Vienna, Musikverein, Vienna, Casa da Musica, Porto, Herkuleszaal of Monaco (Germany), Auditorium Santa Cecilia of Rome, Kharkov Opera House (Ukraine) and Kiev Philharmony. In 2009 he collaborated with the ensemble “La Selva” to record a cd entitled “Alla luna” with music by Biagio Marini. With the group “Cappella Tiberina” he recorded for the record label “Brilliant Classics” the XII Concerts for recorder by Mancini, with the group “Concerto Romano” the so-called “Luther in Rom” and “Sacred Music for the poor” for the house Christophorus record. He also has recorded for Vatican Radio, WDR German radio, Austrian radio ORF and has collaborated to television recordings for the RAI International network.

His constant commitment to the study of ancient performance practice sees him active, at present, as a continuist in the accompaniment of renowned and emerging singers and instrumentalists, as well as a solo performer, on the lute, theorbo and Spanish guitar. With his group  “Ricercare Antico” he recently recorded a monographic CD on Giulio Caccini, distributed in March by “Brilliant Classics” records.

Info about costs and registration to “L’Humor Bizzarro” Early Music & Dance Worskhop is available at this link.