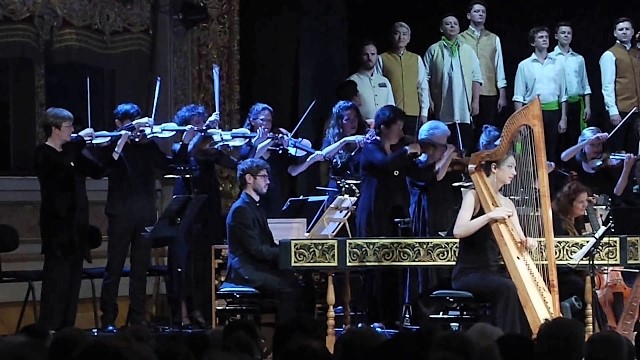 Formed more than 50 years ago on the occasion of a performance of Monteverdi’s Vespri at Kings College Chapel Cambridge under the direction of Jonh Eliot Gardiner – a young student at the time – Monteverdi Choir has expanded over the years, always guided by Gardiner, including in its compass The English Baroque Soloists and L’Orchestre Révolutionnaire et Romantique. Under the common trademark Monteverdi Choir & Orchestras (MCO) the three ensembles have developed major projects in the United Kingdom and the rest of the world, such as the acclaimed tour that has recently brought Handel’s Semele to several European countries.

MCO has just announced the edition 2019/20 of its Apprentices Programme aimed at musicians who have recently fulfilled their study path and wish to embark in a professional career. No age limits are specified. There is a maximum of eight places being offered, all for bowed string instruments. At the audition candidates will be required to play at A-430 with Tourte bow or similar.

Selected apprentices will be integrated in the string section of  Orchestre Révolutionnaire et Romantique,  and will take part in tours  in the United Kingdom and Europe, as well as in a program of masterclasses under the guidance of experts. The main fulcrum of the season will be the complete cycle of Beethoven’s Symphonies, but many other opportunities will be available to explore the baroque, classical and romantic repertories. Here below are the links to detailed information pages. Deadline for application is on 29 July 2019.