An ideal development of West-Eastern Divan Orchestra, the project brings together young musicians from North Africa, Middle Orient and rest of the World 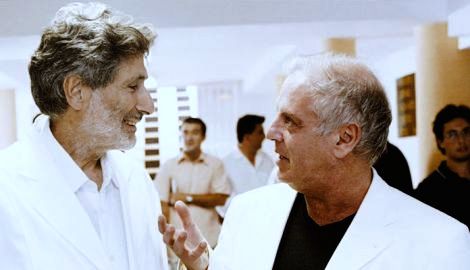 Conductor Daniel Barenboim and American-Palestinian literary scholar Edward W. Said fonded in 1999 in Weimar (Germany) the West-Eastern Divan Orchestra  with the purpose to unite in an artistic project young Arab and Israeli musicians. In the same spirit, the recently inaugurated Barenboim-Said Akademie will offer young talented musicians from North Africa, Middle Orient and other countries the opportunity to study together in Berlin, the city that symbolizes the reunification of Germany. Following the inspiration of its namesakes, the Akademie’s unique curriculum integrates intensive music performance studies with a grounding in the humanities. 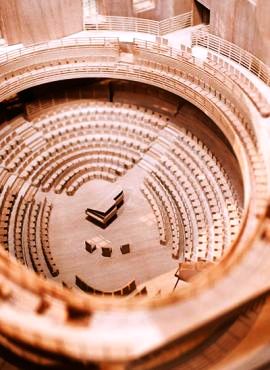 The project is funded by the German Federal Ministry for Culture and Media and by the Foreign Ministry who – together with many private donors who contributed about 30% of the sum –  have renovated the building that hosted the depot of sets and scenery of Staatsoper Unter den Linden; the new spaces also house the Pierre Boulez Saal, a new modular space for performance designed by architect Frank Gehry  and by acoustician Yasuhisa Toyota. The Saal will be inaugurated on March 4th with a concert by the Boulez Ensemble together with Baremboim. The following concert schedule will prevalently be with chamber music, with some digressions to jazz and ethnic music.

Courses offered during the present academic year feature an undergraduate Bachelor of Music degree and a post-graduate Artist Diploma program in all orchestral instruments, piano, composition, and conducting. Both combine high level musical training with courses in the humanities, viewed as an integral part of the Akademie’s education. Designed to foster intellectual curiosity, critical reflection, and persuasive written and oral expression, the humanities curriculum consists of courses in philosophy, history and literature.

It’s possible to apply beforeMarch 1st 2017. All the info is available on the Akademie website.