In Naples a conference about Gennaro Magri

A three day event with focus on Dance, music and opera in the Europe of Enlightenment 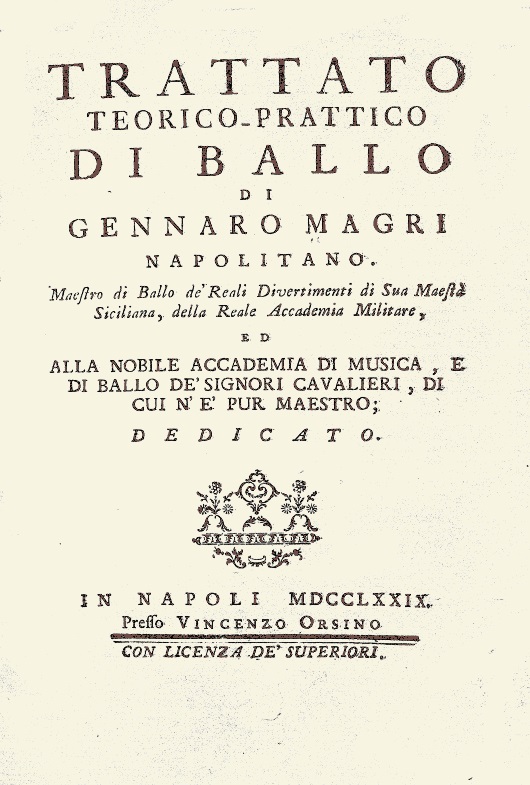 The program will feature various sessions with scholars coming from all over the world, exploring themes connected with technique, aesthetics and poetics of theatre dance, highlighting in particular focus the relationships between noble and comic dance and between Italian and French style, and more generally between dance, music and opera. An integral part of the conference will be panel discussions, a workshop on the contraddanze by Magri, a lecture-performance with live music and a theoretical-practical collective workhsop.